Welcome to my second list of #Project14 lists, an ingenious project created by the wonderful Shealea at thatbookshelfbitch, where I talk about some of the authors whose books, written in the Young Adult genre, am yet to read.

Prepare to get shocked as I reveal some of the famous authors I still haven’t read!

Morgan Matson is well-known for her YA contemporaries like “Since You’ve Been Gone”, “The Unexpected Everything” and recently, “Save The Date”. But I haven’t got the chance to read anything written by her. I will, hopefully in the next year.

We all know Cait, who is a fellow bookstagrammer and goes by the name of Paperfury on Instagram. She released her debut novel, “A Thousand Perfect Notes” in June this year and it has received plenty of positive reviews. I must read it next year since another book by her is in the works too!

Kasie West has written many cute YA contemporary novels, but I am yet to read any of them. I know, it’s a shame! I definitely need some cute YA romance in my life.

Can you believe that I haven’t read “A Darker Shade of Magic” Series, or the “Vicious” series, written by Victoria Schwab? I can’t, and so I need to buy those books so I can immerse myself into the magical worlds created by Schwab.

I have to get my hands on The Star-Touched Queen Series, which is based on Indian folklore. Considering I am Indian too, I can’t wait to read the books based on my country’s heritage.

“THUG(The Hate You Give)”, the acclaimed book written by Angie Thomas, which is inspired by the Black Lives Matter movement, has already been adapted into a Hollywood movie, but look at me, I haven’t even read the book!

This list is getting me into a guilt trip for sure! I have heard nothing but great things about his books and I need to read them, asap.

I first came to know about Brandon Sanderson through Reagan, who is one of my favourite Booktubers out there. Brandon Sanderson apparently builds epic fantasy worlds, and since I love fantasy, it’s a no-brainer that I want his books.

Ever since I heard of Holly Bourne’s book “Am I Normal Yet?”, I have been meaning to read it.

I wish to read her widely-loved book “Radio Silence”, which has even received various awards.

Well! These are all the authors whose books I am hoping to read soon, preferably in the next year. Have you read any book written by the above authors? Are there any other authors I am missing out on? I would love to know your thoughts! Let me know in the comments below! 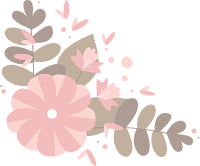